to do, to get up, to write, writings, to pretend, to be,
to make, to rise, to compose, to regard as 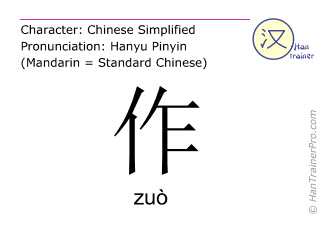 作 is composed of 7 strokes and therefore is of low complexity compared to the other simplified Chinese characters (average: 13.1 strokes).