scholar, a learned person, a noncommissioned officer, respectful reference to a person 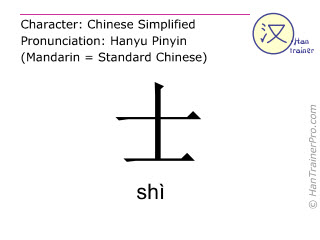 士 is composed of 3 strokes and therefore is of very low complexity compared to the other simplified Chinese characters (average: 13.1 strokes).