The Chinese word renwei - 认为 - rènwéi
(to think in Chinese)

to think,
to believe, to consider, to have an idea, to deem 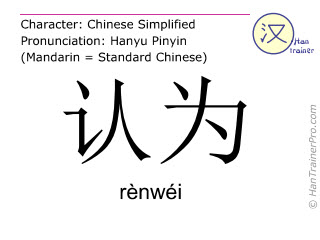 Report missing or erroneous translation of renwei in English