(Sorry, we have not yet had the chance to record Kèlăngdàikè with a Chinese native speaker). 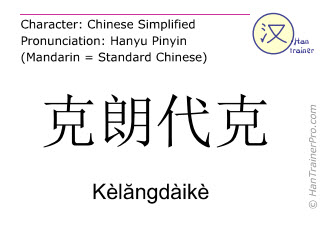 Report missing or erroneous translation of Kelangdaike in English