back, behind, later on 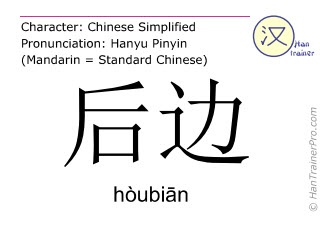 Report missing or erroneous translation of houbian in English