to cross,
to pass through 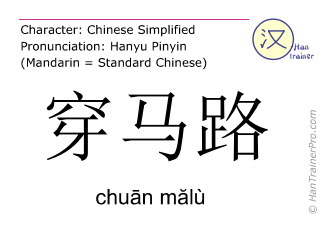 More words that mean to cross in Chinese

Report missing or erroneous translation of chuan malu in English